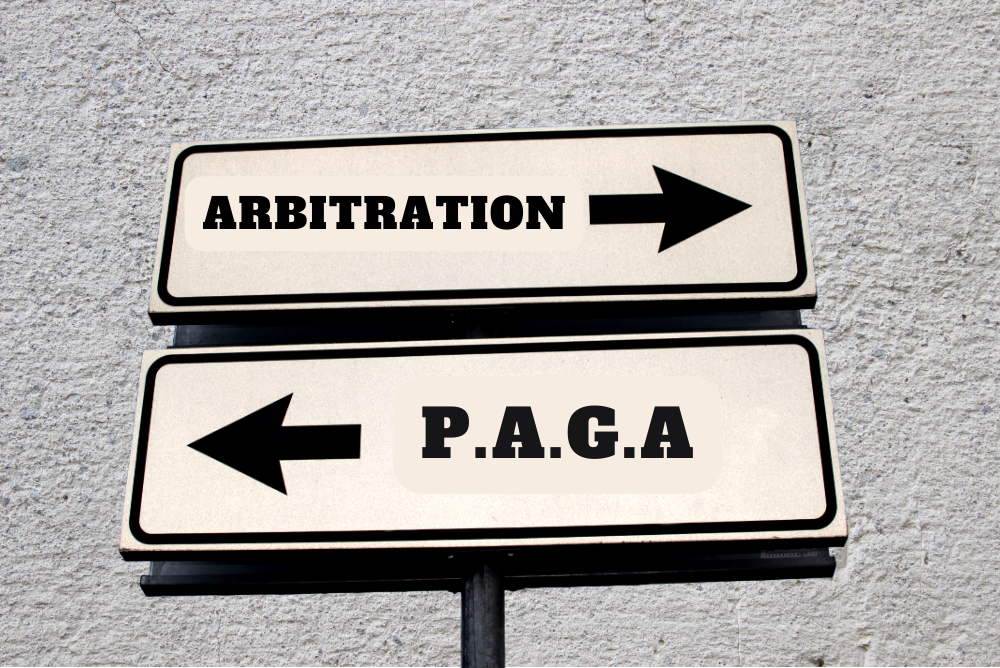 On June 15, 2022, the United States Supreme Court issued its opinion in Viking River Cruises, Inc. v. Moriana.[1]   That opinion provides that an arbitration agreement may be enforced to require an employee to arbitrate that employee’s individual PAGA claims.  That opinion further provides that there is no current law that would permit the representative PAGA claims to go forward in court separately from the individual claims, and therefore that the representative claims should be dismissed.

The result of this decision is that an employer with an appropriately drafted arbitration agreement, containing the right ‘magic’ language, can presently avoid all representative PAGA claims.

What is likely to be permanent about that decision is that individual PAGA claims can be forced into arbitration.  What is likely to be temporary about that decision is that the representative PAGA claims should be dismissed.  The Viking River decision left open the possibility that California courts or the California legislature may subsequently create a right or mechanism for hearing and deciding representative PAGA claims in the absence of their individual claims being adjudicated in arbitration.  Thus, employer celebrations may be short-lived, particularly if the California legislature moves quickly to amend the statute or create a right to ‘get around’ the impact of the Viking River decision.

The questions we are hearing most frequently about this decision are: (1) what is PAGA?; and (2) what language do I need in an arbitration agreement?

Asking a lawyer to explain PAGA is an invitation to dive into ‘legalese’.  In plain language, the ‘PAGA’ is a piece of highly controversial California law referred to as the Private Attorneys General Act.

California has a vast number of labor and employment laws.  Most people are familiar with overtime and other laws that require payment of wages to employees and that permit employees to sue to recover unpaid wages.  PAGA is different, and no part of PAGA is suing for unpaid wages.[2]  In addition to laws ensuring that employee’s receive their proper wages, there are a large number of laws that are ordinarily enforceable only by the State itself.  The California legislature declared that California lacked the resources to enforce all of these laws against employers in California.  Therefore, the legislature created PAGA actions, which let employees sue on behalf of the state for a variety of civil penalties.

The legislature did a few other important things.  First, the employee is not limited to suing for violations that the employee personally encountered.  Instead, employees can sue for violations that were suffered by all of the employer’s employees – somewhat like a class action.  However, the employee does not have to satisfy almost any of the ordinary procedural or due process requirements that a class action would require.  Second, the legislature created new penalties for any violations that did not have a penalty attached.  Thus, the employee can typically seek penalties for violations of dozens of statutes, and those penalties are often calculated as being something along the line of $50 to $200 dollars per statute violated per pay period per aggrieved employee.  Most PAGA lawsuits allege dozens of different violations – including issues that many employers would never have known was a violation.  These penalties accumulate quickly and the amounts demanded are routinely in the many millions of dollars – even where the actual amount of unpaid wages is modest, or non-existent.  Third, attorneys receive attorney fees for pursuing the claim.

The loose controls over PAGA cases and the enormous penalties involved has led to a variety of criticisms against PAGA as well as a variety of attempts to invalidate PAGA.[3]  Additionally, voters may likely expect to see a ballot initiative in the 2024 elections to repeal PAGA in its entirety.[4]

Any employer with questions about creating or revising an arbitration agreement in light of Viking River is advised to consult with an attorney, as the details are significant and the law is likely to change.

[2] Unpaid wages are not recoverable under PAGA.  Instead, PAGA addresses civil penalties – “Civil penalties were previously enforceable only by the state’s labor law enforcement agencies before the PAGA.  That was because an action for civil penalties is fundamentally a law enforcement action designed to protect the public and not to benefit private parties.” (See e.g., ZB, N.A. v. Superior Court (2019) 8 Cal.5th 175, 185.)

[3] Such criticisms are the basis of at least one ongoing appeal attempting to invalidate PAGA: California Business & Industrial Alliance v. Xavier Becerra, Case No. G059561, opening brief available: https://www.cabia.org/app/uploads/Book-Marked-CABIA-Opening-Brief-Final-2.pdf.  That brief on page 63 quotes the DIR as stating that “there is no assurance that settlements are in fact fair to all the affected employees or to the state.”

[4] The ballot initiative did not make it onto the 2022 ballot, but supporters suggest that they are targeting the 2024 ballot, and the initiative is under the signature review process with what might be sufficient signatures, as seen here: https://www.sos.ca.gov/elections/ballot-measures/initiative-and-referendum-status/initiatives-and-referenda-pending-signature-verification .