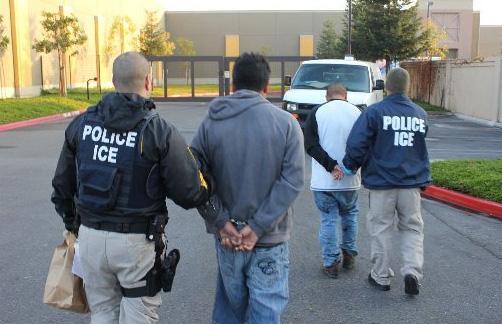 Coming to the United States to pursue the “American Dream” is the goal of many people all around the world.  Unfortunately, even a minor criminal conviction can pose obstacles to obtaining permanent residency, citizenship, or renewal of a visa.  When considering an immigration application, the United States Citizenship and Immigration Services (“USCIS”) generally considers whether the convicted offense is considered a “crime of moral turpitude.”  This means that the USCIS is investigating to see whether the conviction involved an element of dishonesty, theft, antisocial behavior resulting in harm to others, or violence.  A crime of moral turpitude can be obvious, such as fraud or murder, but can also include what are often considered petty crimes such as shoplifting or prostitution.  Multiple misdemeanor convictions for crimes of moral turpitude can serve as grounds for deportation.  Given the potentially catastrophic result, it is easy to see why it is so important to have a criminal defense attorney knowledgeable of immigration law and an immigration attorney that is knowledgeable of criminal law.  There is such a common overlap between the two areas of law that many attorneys refer to this area of law as “crimmigration.”

Many common misdemeanor offenses are not considered crimes of moral turpitude, such as driving under the influence.  Most misdemeanor convictions can be expunged, which may increase the likelihood of your immigration application being granted.  An expungement is a petition filed with the Court which asks the Court to dismiss your conviction and release you from “all penalties and disabilities” arising out of the conviction. (See Cal. Pen. Code § 1203.4) You may be eligible for an expungement if you: 1) have successfully completed probation; 2) are not currently charged with a criminal offense; and 3) are not currently serving a sentence for a criminal conviction.  USCIS officers will review your criminal history during the application process and while an expunged conviction will still appear on your permanent criminal records, the conviction will appear as dismissed pursuant to Cal. Pen. Code § 1203.4.  In other words, the USCIS will know that you either pled guilty or were convicted at trial but later had the conviction expunged.  For immigration purposes, a criminal conviction will never be fully erased; however, obtaining an expungement will send a strong message to the UCSIC that you successfully completed all terms of your sentence and have taken steps to remove the conviction from your criminal record, which may favorably impact your immigration application

If you are still on probation, hope is not lost.  While the USCIS will almost certainly deny an immigration application if you are still on probation, Madison Law’s attorneys have successfully petitioned the court to terminate probation early and expunge a conviction at the same time.  Typically, courts will only grant a motion to terminate your probation early if you have completed at least half of your probationary term, with the most success after two-thirds completion, and upon a showing of good cause.  Cleaning up your criminal record can only help you – there is no real downside.  Contact Madison Law for a free consultation for all of your immigration, criminal, or crimmigation matters today!  Our attorneys and staff are fluent in Spanish, Vietnamese, Farsi, and English.