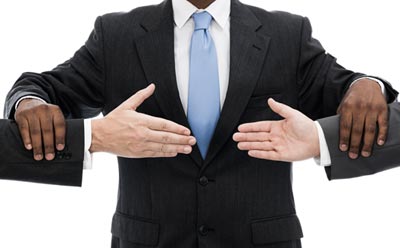 Everyone is entitled to their day in court:[1] few take it.[2] Historically, less than 3% of cases go to trial.  Instead, most of the lawsuits filed are settled.  And most of the cases that settle, settle in mediation.[3]

Mediation was once controversial in particularly contentious cases.[4] Now, mediation is so well accepted that you may be ordered to attend mediation by your Judge – even if you do not want to go.[5]

Therefore, it is important to know the ‘rules’ of mediation.  The most fundamental of these rules is that everything said in mediation is confidential;[6] this means that ordinarily anything said or done in mediation is not evidence and will not be discussed at trial.[7] The exceptions are limited to specific statutes.[8] Even if you forget to raise the mediation confidentiality protection right away, you can raise it at any time and it is not waived.[9]

Therefore, you are free to make offers and discuss the case during mediation without fear that the offers and discussion will end up as an argument that ‘you admitted you were wrong’ or ‘even you think the case is worth [the amount you offered].’  Of course, settlement discussions are generally prohibited from being used against you.[10]  However, in mediation, you can further confess to being entirely wrong, and how you were wrong, and this cannot be used against you.  The freedom of all parties to discuss the case frankly is a major asset in mediation and is, without doubt, a significant factor in why mediation is so regularly successful.

However, this same confidentiality raises significant issues.  If you reach a deal in mediation, and everything said and done in mediation is confidential, how do you ever enforce that agreement?  The code expressly provides an answer: a written settlement agreement, signed by all settling parties, is not ‘confidential’ and the written agreement may be enforced.[11]

However, take note that it is extremely important that the parties review the terms of the settlement agreement in detail and make sure there are no errors or other differences in that agreement.  Anything that is not in the written settlement agreement is still confidential, including the negotiations that took place and all other discussions in the mediation.  This means these negotiations are still inadmissible to prove anything whatsoever, regarding the negotiations of that settlement during the mediation.  This becomes important in at least two situations: (1) mistakes in the agreement and (2) deceit by one or more parties.

Mistakes do happen.  These agreements are often typed up by the mediator, or one of the two sides, and are created at the end of a very long day of negotiations.  And at the end of these long days, a party may not always read the agreement carefully enough to ‘catch’ these mistakes.  Consider the case of Eisendrath.[12] In this case, a husband and wife mediated their dissolution, and agreed to certain taxable support payments.  In the written agreement, these payments were listed as non-taxable.  The husband attempted to have the agreement corrected – in order to demonstrate that there was a good reason to correct the agreement, he intended to present evidence that the husband and wife had agreed to different terms and that the agreement was a mistake.  However, evidence of this different agreement, and of their negotiations, was confidential and husband was not permitted to put on this evidence.  The wife apparently agreed to permit husband to put this evidence on – but if she had not, husband would have been stuck with the mistake and paid non-taxable support payments.  Even though the parties had negotiated a different agreement, husband would not have been allowed to put on evidence or change the agreement because those negotiations were forbidden by mediation confidentiality.

Worse than a simple mistake, there is also no exception for fraud or other misconduct at the time of the mediation.[13] Therefore, the other side can lie to you without consequence.  If the other side tells you to take this deal and ‘later’ they will provide some other benefit which is not written into the settlement agreement – they are never required to provide that other benefit.  Indeed, the protection is so substantial, that there is not an exception even if your own attorney lies to you during the mediation.[14] Notably, the attorneys in the Cassel case promised to negotiate a side deal and discount a large portion of the client’s legal bill – none of these arrangements were enforceable.  There are no side-deals in a mediation.  An agreement is either enforceable in writing, or it is not enforceable at all.

Mediation is extremely successful in settling cases, popular with the parties who attend mediation, and favored by the courts.  Mediation and the settlements reached by mediation are here to stay.  The lesson is to make sure that all the terms of the agreement you reach in mediation are in the written settlement agreement before you sign it.  After hours of mediation, make sure you read the agreement thoroughly before you sign it.  The terms of that agreement will be binding, and are not easily escaped.

[2] “Generally, less than 3% of civil cases reach a trial verdict,” (A Profile of Settlement, http://aja.ncsc.dni.us/courtrv/cr42-3and4/CR42-3BarkaiKentMartin.pdf)

[6] “All communications, negotiations, or settlement discussions by and between participants in the course of a mediation or a mediation consultation shall remain confidential.” (Cal. Evid. Code § 1119(c).)

[7] The California Supreme Court stated conclusively that “To carry out the purpose of encouraging mediation by ensuring confidentiality, the statutory scheme, which includes sections 703.5, 1119, and 1121, unqualifiedly bars disclosure of communications made during mediation absent an express statutory exception” (Foxgate Homeowners’ Assn. v. Bramalea California, Inc. (2001) 26 Cal.4th 1, 15.)

[8] “Our Supreme Court has broadly applied the mediation confidentiality statutes and has all but categorically prohibited judicially crafted exceptions, even in situations where justice seems to call for a different result” (Amis v. Greenberg Traurig LLP (2015) 235 Cal.App.4th 331, 338.)

[9] “Both the clear language of the mediation statutes and our prior rulings support the preclusion of an implied waiver exception” (Simmons v. Ghaderi (2008) 44 Cal.4th 570, 588.)

[11] California Evidence Code § 1123.  An agreement is also enforceable if the parties each orally agree to certain matters and that oral agreement is recorded, at the time, “by a court reporter or reliable means of audio recording.” (Cal. Evid. Code § 1118.)  In practice, this is rarely if ever done, for reasons of cost and impracticability compared to signing a written agreement.

[13] See e.g., Eisendrath v. Superior Court (2003) 109 Cal.App.4th 351, 365, [“We recognize that this conclusion gives Rogers a substantial measure of control over Eisendrath’s ability to present evidence in support of his motion to correct the spousal support agreement. Nonetheless, this result does not disturb our interpretation of the statutory scheme in question. In explaining that the Legislature had balanced conflicting policies in enacting this scheme, the Foxgate court recognized that the scheme effectively gives control over evidence of some sanctionable misconduct to the party engaged in the misconduct. On this matter, the court in Foxgate remarked that “none of the confidentiality statutes currently make an exception for reporting bad faith conduct … when doing so would require disclosure of communications … .””].

[14] See Cassel v. Superior Court (2011) 51 Cal.4th 113, 138 [“We therefore conclude that the evidence the trial court ruled nondiscoverable and inadmissible by reason of the mediation confidentiality statutes was not, as a matter of law, excluded from coverage by those statutes on the mere ground that they were private attorney-client communications which occurred outside the presence or hearing of the mediator or any other mediation participant. Instead, such attorney-client communications, like any other communications, were confidential, and therefore were neither discoverable nor admissible—even for purposes of proving a claim of legal malpractice—insofar as they were “for the purpose of, in the course of, or pursuant to, a mediation …”].)