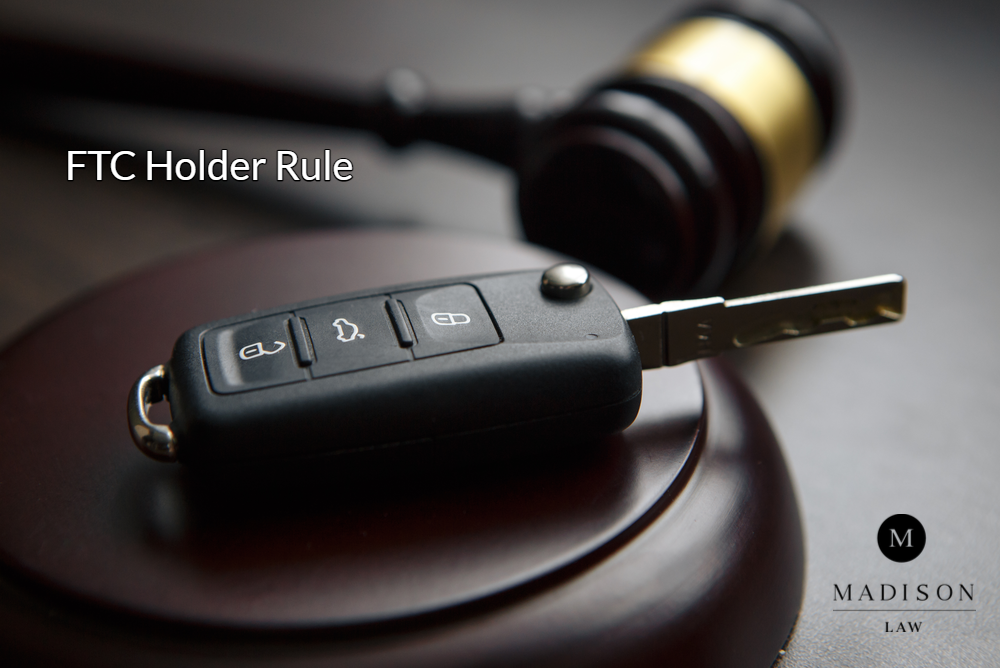 The ever-changing position with respect to holder liability continues to evolve in California.  In 2019, Cal. Civ. Code § 1459.5 became law.  The purpose of enacting Section 1459.5 was to legislatively overturn Lafferty v. Wells Fargo Bank, N.A. (2018) 25 Cal.App.5th 398 (“Lafferty”), which held that attorneys’ fees were not recoverable against a holder by a consumer for claims brought pursuant to the Federal Trade Commission’s (“FTC”) Holder Rule. (16 CFR § 433.2 [“FTC Holder Rule”].)  Section 1459.5 was enacted in an attempt to undercut Lafferty by claiming that Lafferty incorrectly interpreted the FTC Holder Rule.  While AB 1821, which was the bill which ultimately led to Section 1459.5, was still being considered by the California legislature, the FTC issued its comments on the FTC Holder Rule on May 2, 2019, where it stated:

Given the apparent conflict in state and federal law, this issue was headed to an appeal.  In June of 2020, the California Court of Appeal for the First Appellate District, Division Five, issued its opinion in Spikener v. Ally Financial, Inc. Case No. A157301.  In Spikener, Ally Financial, Inc. (“Ally”) settled with the consumer for a rescission of the purchase contract with the trial court to decide what amount, if any, in attorneys’ fees would be awarded against Ally.  The trial court denied the fee motion pursuant to Lafferty.  Spikener then appealed.

The Spikener Court held that the FTC’s 2019, comments were “entitled to deference” and “to the extent section 1459.5 authorizes a plaintiff to recover attorney fees on a Holder Rule claim even if that results in a total recovery greater than the amount the plaintiff paid under the contract, section 1459.5 conflicts with, and is therefore preempted by, the Holder Rule.”  Generally, federal law will preempt conflicting state law. (U.S. Const. Art. VI, cl. 2.)  The Spikener Court has unambiguously held that Section 1459.5 is preempted by federal law and that fees are not available against finance companies who have been sued in their capacity as a holder of the purchase contract.

Not content with federal law unambiguously resolving the issue of holder liability for attorneys’ fees, the California Court of Appeal for the Second Appellate District, Division Five issued its opinion in Pulliam v. HNL Automotive Inc. (2021) 60 Cal.App.5th 396 (“Pulliam”).   In Pulliam, the Second Appellate District held that the FTC’s comments are “not entitled to conclusive deference” and held that holders are liable for statutory attorneys’ fees. (Pulliam at 420-422.)  Essentially taking the opposite position as held in Spikener.  Thus, a conflict exists between California appellate courts as to the issue of holder attorneys’ fees.