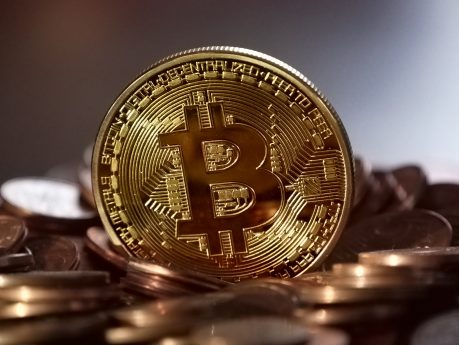 A wallet has a cryptographic “public key”, which is an advanced encrypted software code with a string of numbers and letters that includes permissions to ensure privacy on the network and prevent unauthorized access to the network.  (This is where the term “crypto currency” is used to describe digital currency).  Each public key has a matching “private key”, which is known only to the owner of the digital coin.  Control of this private key is what assures control of the digital coin (and collectively the coins in the digital currency by their owners) so that a collection of private keys must be protected by passwords or other computer security means (such as difficult mathematical calculations or encrypted codes).

The term “mining” for digital currency refers to a computationally intensive puzzle to validate a digital coin transaction or to create new blockchains for a specific digital currency, such as Bitcoin.

Since the blockchain operates at internet speeds, records each transaction instantaneously in a reviewable ledger, and is secure from duplicate spending of a digital coin or from counterfeiting, digital currency reduces the need for intermediaries between buyers and sellers of goods and services.  This has huge implications for business because digital currency, as a new payment system, enables private companies to build a network of businesses and consumers that accept digital currency payments.

As a new payment system, private companies are working to build a network of businesses and consumers that accept digital currency for payments.

Since digital currency is private money that is issued by a private company, there are different types of digital currency.  Bitcoin is reported to have a supply limit of 21 million digital coins with over 16 million digital coins in circulation.  Bitcoin behaves more like a commodity than a currency since Bitcoin’s value has increased from less than $1,000 in 2016 to over $14,000 by the end of 2017.  There is no set value for Bitcoin.  Its price is determined by demand and its supply for use of this digital currency.  This exposes anyone receiving Bitcoin in a transaction with the risk that the value of Bitcoin will decline and produce a loss on the transaction for the receiver.

To cash in on the rise in Bitcoin’s value, a number of “Initial Coin Offerings” (“ICOs”) have occurred in the past several years.  These ICOs caused the Securities and Exchange Commission (“SEC”) to issue a “Statement on Cryptocurrencies and Initial Coin Offerings” in a public statement dated December 11, 2017.  In this statement, the SEC states: “to date no initial coin offerings have been registered with the SEC.”

In July, 2017, the SEC issued an “Investor Bulletin: Initial Coin Offerings”, in which the SEC advised potential ICO investors that digital currency is a security when there is an opportunity to make a gain on an investment in digital currency.  When this opportunity exists, an ICO must be registered with the SEC.

In December, 2017, the SEC stopped an ICO from being issued because it was promoted as potentially increasing value (i.e. each such coin in the ICO was a security) that was not registered with the SEC.  The ICO was to be used to buy and sell restaurant services and products.  The issuer (called “Munchee”) agreed to buy and sell the ICO in a secondary market, much like an exchange for securities.