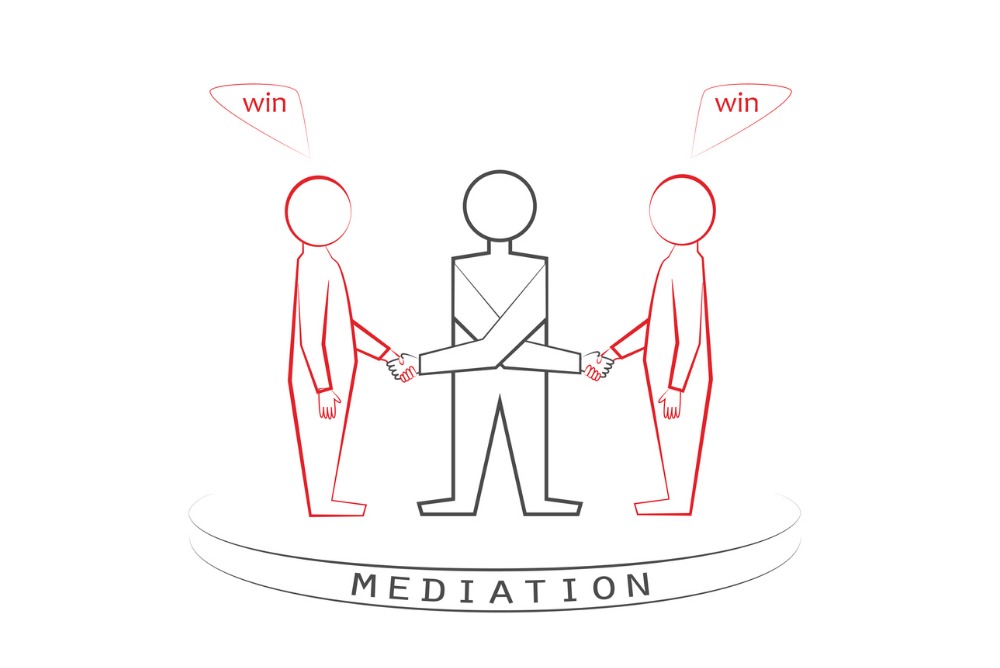 Mediation, in one form or another, has been around since the dawn of civilization and is widely used for dispute resolution in many cultures.  However, mediation was not a part of the common law process and, until recently, was utilized only for certain types of disputes (notably, labor-management grievances).  Today, mediation is used in all types of disputes.  This is attributable both to court congestion and to dissatisfaction with the adversarial process generally.  Experience shows mediation is one of the least expensive and least disruptive processes for resolving disputes.  It is also the most effective in preserving whatever relationship exists between the disputing parties.

Mediation is the next step beyond direct negotiations and is an alternative to “unnecessarily costly, time-consuming, and complex” court proceedings. (Foxgate Homeowners’ Ass’n, Inc. v. Bramalea Calif., Inc. (2001) 26 Cal.4th 1, 14.)  It involves a neutral third person who attempts to “facilitate” settlement negotiations between the disputing parties. (Cal. Evid. Code § 1115.)  The advantages of mediation over litigation are numerous.  Advantages include flexibility, cost savings, speed, and most importantly, confidentiality. (Rojas v. Superior Court (2004) 33 Cal.4th 407, 415.) Confidentiality is essential to effective mediation. (Ibid.) Confidentiality promotes a candid and informal exchange between the disputing parties which is only achieved if the participants know that what is said in mediation will not be used to their detriment in later proceedings should mediation prove to be unsuccessful. (Id. at 416.)

The restrictions on disclosure of mediation communications have been vigorously debated following the California Supreme Court’s decision in Cassel v. Superior Court (2011) 51 Cal.4th 113, confirming the broad scope of mediation confidentiality in holding that a party to a mediation may not use confidential information obtained in mediation to sue their attorney for alleged legal malpractice occurring in mediation. (Cassel at 128.) As such, no evidence of an attorney’s conduct related to mediation is admissible pursuant to the strict confidentiality provisions of Cal. Evid. Code § 1119. (Ibid.)

PROTECTION UNDER CALIFORNIA LAW FOLLOWING AMENDMENT TO THE STATUTORY SCHEME

The Legislature has approved an amendment to the California Evidence Code requiring attorneys to provide their clients with specific written disclosures about the scope of mediation confidentiality, effective January 1, 2019.  The amendment further strengthens mediation confidentiality by requiring both attorneys and their clients to sign a Mediation Disclosure Notification and Acknowledgment Form. (Cal. Evid. Code § 1129.)

By signing the disclosure document, the client indicates its acknowledgement and understanding of the mediation confidentiality restrictions, which, “unless all participants agree otherwise,” protect from disclosure all communications “made during a mediation, or in preparation for a mediation, including communications” between client and attorney from use “as evidence in any subsequent noncriminal legal action, including an action against [the] attorney for malpractice or an ethical violation.” (Cal. Evid. Code § 1129(d).)  The written disclosure must be provided “as soon as reasonably possible before the client agrees to participate in the mediation or mediation consultation.” (Cal. Evid. Code § 1129(b).)

HOWEVER, the above described notification may be misleading. While the client’s acknowledgement does not specifically limit the attorney’s malpractice liability, that may nevertheless be its effect under certain circumstances.  For example, if the sole bases for a malpractice claim is that, but for the attorney’s improper advice or misrepresentations in the mediation, the client would not have agreed to settle for a grossly deficient amount, such a claim may be impossible to prove as it would necessitate evidence of communications between client and attorney in a mediation or mediation consultation – evidence deemed inadmissible by Cal. Evid Code §§ 1119 and 1129.  As such, there exist circumstances where an attorney’s malpractice liability may be limited by the client’s acknowledgement of the above described disclosures.  For this reason, it is important for clients to understand their rights and the restrictions mediation may impose on their rights, before agreeing to mediate a dispute.  While mediation remains a preferred means of dispute resolution, settlement can still be achieved without a formal mediation, and a client should make a fully informed decision before deciding how to proceed.