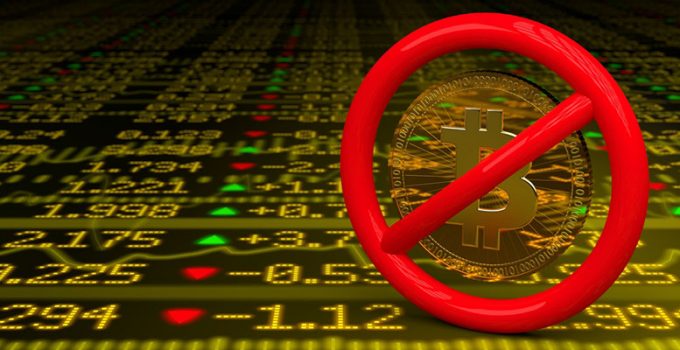 Risks And Regulation Of Digital Currency

At bitcoin.org under the tab “you-need-to-know” states “Bitcoin is an experimental new currency that is in active development….  Be prepared for problems and consult a technical expert before making any major investments, but keep in mind that nobody can predict Bitcoin's future.”  This website further advises that “Bitcoin is not an official currency”; a Bitcoin owner is responsible to pay taxes on all Bitcoin transactions; and to adhere to all tax, legal, or regulations “issued by your government” on Bitcoin.  This article provides information about the taxes, laws, and regulations that involve digital currency in the United States.

Digital currency trades on unregulated markets that the public can access.  There are over

60 exchanges around the world (including the U.S.) to buy Bitcoin on bitcoin.org.  As of December 11, 2017, the Securities and Exchange Commission (“SEC”) issued a “Statement on Cryptocurrencies and Initial Coin Offerings”, stating “the SEC … has not to date approve for listing and trading of any exchange-traded products (such as ETFS) holding cryptocurrencies or other assets related to cryptocurrencies.  If any person today tells you otherwise, be especially wary.”

What Type Of Property Is Digital Currency?

Regulations And Regulators Governing Digital Currency Or Its Issuer

A MSB is required to report suspicious financial activity in financial transactions greater than $2,000.  A MSB must comply with the Bank Secrecy Act (“BSA”); the Patriot Act; and the anti-money laundering requirements of the BSA to prevent the MSB from being used for money laundering or to finance crime.  (See Title 31 U.S.C. Sections 5318(A)(2) and 5318(h)( and 31 Code of Federal Regulations Section 1022.210).

The SEC holds digital currency is a security because it meets the test for a security under S.E.C. v. W.J. Howey Co. 328 U.S. 293 (1946): a security is a contract where an investor purchases it for a potential gain from an increase in price without any investor effort.  Further, all securities offerings must be conducted by a broker or a dealer registered with the SEC (i.e. an investment bank) under the Securities and Exchange Act of 1934 and the Investment Company Act of 1940.

In July, 2017, the SEC issued an “Investor Bulletin: Initial Coin Offerings [called “ICOs”]”, in which the SEC advised potential ICO investors that digital currency is a security when there is an opportunity to make a gain on an investment in digital currency.  When this opportunity exists, an ICO must be registered with the SEC under a Form S-1 and requires the issuer to be licensed or registered with either the SEC or the applicable state securities regulator.

In December, 2017, the SEC stopped an ICO from being issued because it was promoted as potentially increasing value (i.e. each such coin in the ICO was a security) that was not registered with the SEC.  The ICO was to be used to buy and sell restaurant services and products.  The issuer (called “Munchee”) agreed to buy and sell the ICO in a secondary market, much like an exchange for securities.

That said, there is no definitive ruling by any federal court that a digital currency with an unlimited supply of digital coins and a fixed price of one U.S. dollar (or other paper currency) is a security under the Howey test since there would be no way for a potential buyer of this currency to achieve a gain in it.

As stated above, the SEC has not given any approval for any listing and trading of any digital currency as security, but future SEC enforcement efforts most likely will seek to regulate any online issuances and redemptions of digital currency as a security.

The Federal Reserve May Attempt To Regulate Digital Currency

The U.S. Government Will Use Digital Currency Information To Prosecute Controlled Substances Violators

No currency (digital or not) can be used to facilitate any transactions for substances (i.e. marijuana) prohibited by the Controlled Substances Act at 21 U.S.C. § 801 et seq. (“CSA”).  Fourth Corner at 1058, 1070-1073.  The CSA covers anyone who handles property involved in such a transaction and subjects such a person to criminal prosecution by the federal government under CSA, the Bank Secrecy Act, Money Laundering Control Act of 1986, and 18 U.S.C. Section 1956.  Section 1956 is draconian because it permits the U.S. Government to take all of an individual’s property after it proves that individual is involved in any transaction that violates CSA.  Knowingly doing business (such as accepting or handling money) with a buyer or a vendor of a controlled substance (i.e. marijuana) in violation of the CSA could subject a person to a criminal charge for money laundering under these statutes besides potentially forfeiting all of the person’s assets to the U.S. Government.  This is a reason that banks are reluctant (or refuse altogether) to do business with anyone who is involved in the trafficking in marijuana.  This is also the main reason that the credit union in Fourth Corner was created -- to service marijuana growing businesses in Colorado – and for which Fourth Corner’s application for a Federal Reserve Master Account was denied and upheld by the courts.  Fourth Corner at 1054-1055.

Since the blockchain of a digital currency records all transactions and identifies the buyer and seller of this currency in each transaction, this is an added risk to transactions that violate CSA.

Currently, there is the belief that the rise in the price of Bitcoin is a reflection of the level of black market activity in the U.S. and around the world.  If this belief is true, the current demand for Bitcoin’s price level can only continue if the buyers of Bitcoin’s digital currency are able to remain anonymous and not identifiable from their ownership of such currency.  It is an open question whether the black market participants can do so and for how long until regulators increase their sophistication in accessing, using, and regulating digital currencies and their blockchain records to investigate digital currency owners and their transactions.

In November 2016, the U.S. Department of Justice released its news that the IRS served a summons on Coinbase Inc. (a digital currency company based in San Francisco, California) to request information about taxpayers who conducted digital currency transactions from 2013 to 2015.