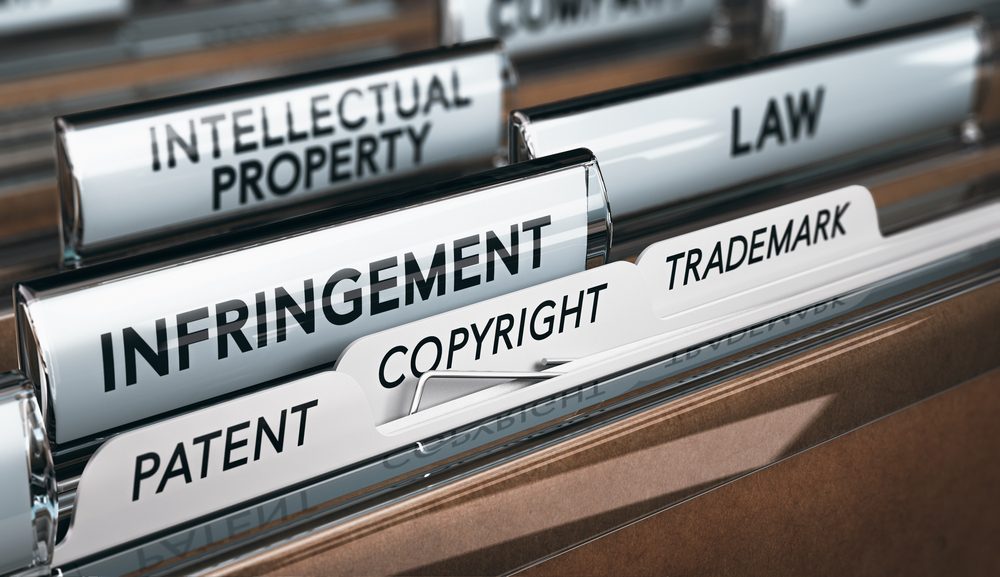 Have a symbol? Trademark it. Have an invention? Patent it. Have an idea? Copyright it. Many individuals lump these three property right protections into one category. However, in order to effectively protect your intellectual property, you need to know which of the three you will use to protect your work. Below each will be discussed individually, explaining what they are, when you need them, and how they work.

What is a trademark? A trademark is a word, phrase, symbol, or device that identifies and distinguishes the source of one person’s goods from another person’s goods.  (15 U.S.C. § 1127.)  For example, Nike’s “Swoosh” and “Just Do It” are two commonly known trademarks (i.e. brand logos) that Nike owns.  Nike owns these trademarks to prevent its competitors from using these trademarks on their products to compete with Nike.  In short, a trademark is a device to prevent your competitors from using your brand logo on their products to compete with you.

You have to prove 3 elements to enforce your trademark against another person who is using your trademark and challenging your rights in the trademark (the “challenger”): (1) the symbol or term is a valid, protectable trademark; (2) the plaintiff owns the symbol or term as a trademark; and (3) the defendant used a mark similar to plaintiff’s symbol or term without the consent of plaintiff in a manner that is likely to cause confusion among ordinary consumers as to the source, sponsorship, affiliation, or approval of the goods.  (15 U.S.C. § 1114(a) [i.e. the Lanham Act]; Indus. Indem. Co. v. Apple Computer (Cal. Ct. App. 1999) 79 Cal.App.4th 817.)  If you can prove those elements, you should be able to prevent a competitor from using your trademark.

Prior, consecutive use of a mark is straightforward.  An individual must prove that he or she was the first individual to use such a mark in his or her geographic area and has been using the mark in commerce after this first use date.  Then, the individual has to prove that the challenger’s use of the individual’s trademark will likely cause a potential customer to be confused to believe he or she is doing business with you instead of the challenger.  Actual confusion (i.e. a specific transaction occurred) is not required for a finding of a the potential for customer confusion over use of your trademark.  (Ball v. American Trial Lawyers Assn. (1971) 14 Cal.App.3d 289, 310.)

To determine whether a likelihood of confusion exists in any case, Courts usually use 8 factors, known as the Sleekcraft factors as set forth in AMF, Inc. v. Sleekcraft Boats (9th Cir. 1979) 599 F.2d 341.  The factors include: (1) strength of the mark; (2) proximity of the goods; (3) similarity of the marks; (4) evidence of actual confusion; (5) marketing channels used; (6) type of goods and the degree of care likely to be exercised by the purchaser; (7) defendant’s intent in selecting the mark; and (8) likelihood of the expansion of the product lines. (Id. at 348-49.)  Not all of these factors have to be proven for a trademark infringement case because each case depends on the facts.  The more factors proven, the more likely it is you will prove trademark infringement.

You should be aware there is no federal case that has ruled there is a trademark infringement when a trademark for a high-priced, luxury product is used by a challenger for a low-priced, budget market product even though this business strategy has been commonly used for over a 100 years.

What is a patent? A patent is an inventor’s right to exclude others from creating, using, or selling an idea or process for a certain period of time.  The best way to protect an idea, process, or invention is to seek a patent from the USPTO.  There are three different types of patents: utility patents, design patents, and plant patents.  A utility patent is the most common type of patent, which protects the creation of a new or improved product, process, or machine. A utility patent protects the way an article is used and works. (35 U.S.C. § 101.) A design patent involves the design or appearance of an article, and is granted to protect the appearance of that article. (35 U.S.C. § 171.) Finally, a plant patent is granted for the invention and reproduction of new and distinct plant varieties. (35 U.S.C. § 161.)

In order to determine whether an invention is patentable, it must be novel and non-obvious.  Additionally, the invention must be useful.  Each of the three are separate tests of patentability and must be satisfied in a valid patent. (United States v. Adams (1966) 383 U.S. 39.)  In determining whether an invention is “novel,” the court must consider: (1) whether “the claimed invention was patented, described in a printed publication, or in public use, on sale, or otherwise available to the public before the effective filing date of the claimed invention; or (2) claimed invention was described in a patent issued under section 151, or in an application for patent published or deemed published under section 122(b), in which the patent or application, as the case may be, names another inventor and was effectively filed before the effective filing date of the claimed invention. (35 U.S.C. § 102 (a)(1-2).) To determine whether the invention is “obvious,” the court must consider whether a person of ordinary skill in the art would have found it obvious to try the claimed solution when choosing from a finite number of identified, predictable solutions, with a reasonable expectation of success. (KSR v. Teleflex (2007) 550 U.S. 398; see also 35 U.S.C § 103.) An invention is “useful” if it provides some identifiable benefit and is capable of use. (35 U.S.C § 101.) If your invention passes each of the three tests, it is capable of being patented.

What is a copyright? A copyright protects an individual’s original work of authorship.  This includes works such as novels, movies, songs, architecture, sculptures, paintings, software, and other creative means of expression.  A copyright allows the author to have exclusive rights to use and sell their work, and any individual who desires to use or sell the work must first obtain the author’s permission. Registration of a copyright is not required – rights attach to an author’s work the moment it is created.  However, in order to enforce your rights through copyright, the work must first be registered with the U.S. Copyright Office before a lawsuit for infringement is brought.  Copyrights are under the exclusive jurisdiction of the federal courts.  You cannot enforce a copyright until it is issued.  Once the copyright is issued, then you can sue others for past infringement of your copyright but only for a limited number of years.  This is why you should obtain copyrights for your original works as soon as you can.

There is one popular limitation on one’s exclusive rights to their copyrighted works.  This limitation comes up often in the music industry – it is called fair use, and it is a defense to copyright infringement. The fair use exception to the copyright act is laid out in 17 U.S.C. § 107, which provides that reproduction of work for purposes such as criticism, comment, news reporting, and teaching, among other things, is considered fair use and is not an infringement on one’s copyright. The court considers four factors in determining whether a use is fair, including “(1) the purpose and character of the use, including whether such use is of a commercial nature or is for nonprofit educational purposes; (2) the nature of the copyrighted work; (3) the amount and substantiality of the portion used in relation to the copyrighted work as a whole; and (4) the effect of the use upon the potential market for or value of the copyrighted work.” (17 U.S.C. § 107.)

Many music stars have been successful in asserting the fair use limitation on copyrighted work. The leading case on fair use was decided by the US Supreme Court. In Campbell v. Acuff-Rose Music, the Court concluded that the rap group 2 Live Crew’s use of the opening riff of “Pretty Woman” in their song was considered fair use because the opening riff was the only similarity between the two songs. Another common example of the fair use defense is creating a parody of a song. In Fisher v. Dees (9th Cir. 1986) 794 F.2d 432, the composers of the song “When Sunny Gets Blue” sued a parodist for alleged copyright infringement. The parody was titled “When Sonny Sniffs Glue,” and it borrowed 29 seconds of the original song. The Court determined that this was not enough to constitute copyright infringement. The main idea of fair use seems to be that the less you use, the more likely it is to be considered fair. As a general rule, if you are considering making use of someone’s copyrighted work, it is best to seek permission before using the work.

If you have a copyright of a work in a foreign county, your rights will depend upon whether that country has a treaty with the U.S. for copyrights and whether the work has remained copyrighted in the country or has entered the public domain.  Legal counsel should be sought for issues with a work first created in foreign country.