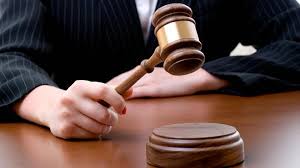 The Court ruled that automotive service advisors are considered “salesman … primarily engaged in selling or servicing automobiles” subject to the FLSA exemption. (29 U.S.C. § 213(b)(10)(A).)  In Encino, the service advisors who claimed not to be exempt employees worked 55 hours a week, at least five days per week at an Encino Mercedes-Benz dealership. (Opinion, Dissent Pg. 1.)  Per the FLSA, non-exempt employees who work more than 40 hours a week are entitled to overtime compensation. (29 U.S.C. § 207(a).)  However, there exists many exemptions to the FLSA’s overtime requirement, which now conclusively includes automotive service advisors. (29 U.S.C. § 213.)

Despite the ruling by the United States Supreme Court, California often enacts more stringent overtime rules, and you should check with an attorney in order to determine if your classification of employees is correct. The full text of the opinion can be found here.