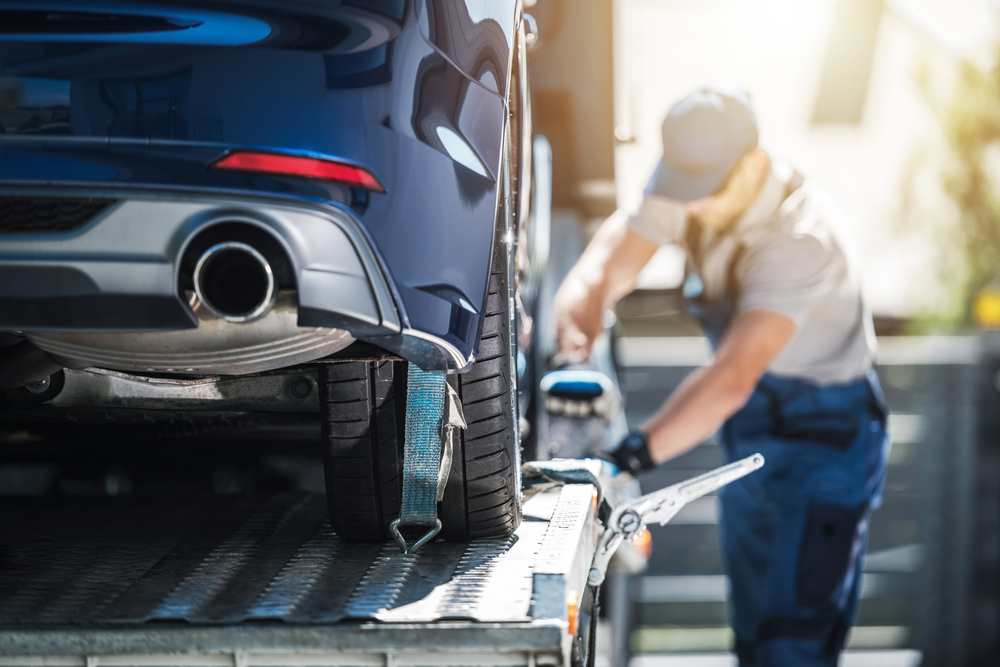 Once a vehicle is repossessed for a default of the Retail Installment Sales Contract (“RISC”), generally a Notice of Intention to Dispose (“NOI”) must be sent to the consumer outlining the intention to dispose and how the consumer can avoid that disposition, either by redemption or reinstatement. (Cal. Civ. Code § 2983.2.)  Section 2383.2(a)(9) states that the NOI NOI must inform the consumer that “they will be liable for the deficiency balance plus interest at the contract rate, or at the legal rate of interest pursuant to Section 3289 if there is no contract rate of interest, from the date of disposition of the motor vehicle to the date of entry of judgment.”  Section 2383.2 is silent as to which amounts are subject to interest/finance charges, and particularly whether the repossession costs/expenses are subject to interest/finance charges.

A standard form RISC at Paragraph 3(b) states that the consumer will pay “any amounts due because you defaulted.”  Paragraph 1(b) allows the holder of the RISC to apply payments “to other amounts you owe under this contract in any order we choose.”

Once a holder of the RISC finds itself in a position where “collection costs” and “expenses” are due by the consumer, but not paid, the consumer has breached the RISC. (Standard form RISC at Paragraph 3.)  While the consumer may be in breach of the RISC, there is no obligation on the part of the holder to repossess the vehicle for this breach, or take any action on that breach to collect those amounts. (Standard form RISC at Paragraph 3(d) [gives the holder the ability, but not the obligation, to repossess].)

Once the consumer has breached the RISC by failing to pay “collection costs” and/or “expenses” due, the holders damages are then considered certain as they are liquidated and collectable per the RISC.  Cal. Civ. Code § 3287(a) says that “ [a] person who is entitled to recover damages certain, or capable of being made certain by calculation, and the right to recover which is vested in the person upon a particular day, is entitled also to recover interest thereon from that day…”  As to the rate of interest, Cal. Civ. Code § 3289 says that as to the rate of interest “[a]ny legal rate of interest stipulated by a contract remains chargeable after a breach thereof, as before, until the contract is superseded by a verdict or other new obligation.”  While “interest” is not charged per the RISC given the lack of a loan, finance charges are still applied to the installment payments due to be made over the life of the RISC.  As to interest vs. finance charge distinction, Cal. Civ. Code § 3289.5 says that “[f]or purposes of Section 3289, the rate of the contracted finance charge shall be the legal rate of interest stipulated by a retail installment contract…”  This means that interest is charged to the defaulted and unpaid amounts and finance charges applied to the installment payments.