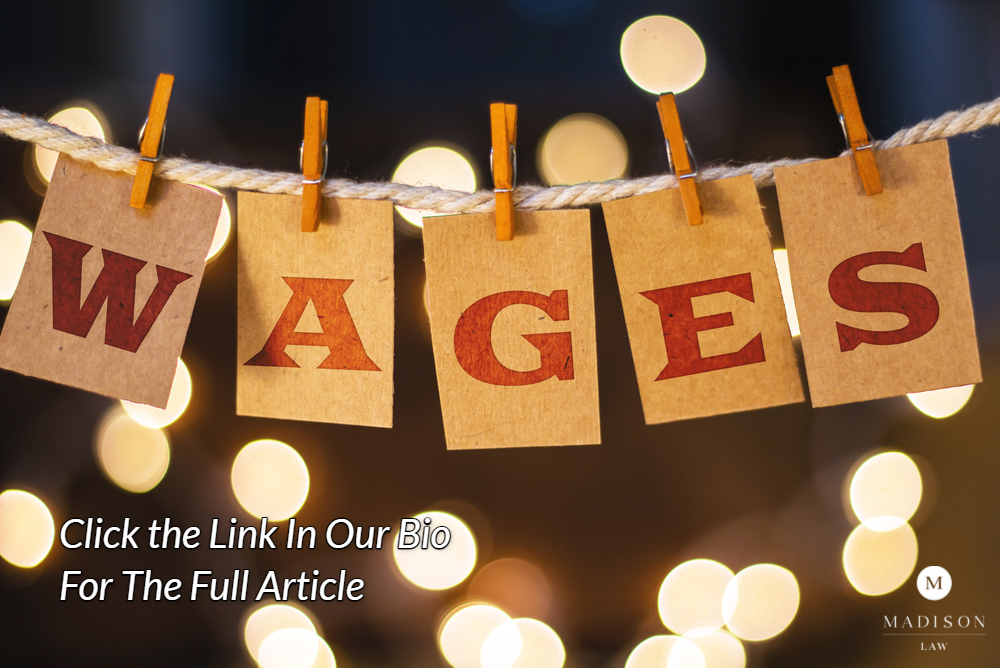 Both a commission payment and a bonus payment are considered to be wages under California law. (Labor Code § 200; Neisendorf v. Levi Strauss & Co. (2006) 143 Cal.App.4th 509.)  While there are many complications in California’s wage and hour laws, two fundamental rules remain true: (1) an employee should be able to determine what they will be paid; and (2) an employee is entitled to their earned wages.  These rules are clearly reflected in the treatment of commissions and bonuses.

Employers are required to provide written commission pay plans to their employees whose compensation involves commission. (Labor Code § 2751.)  These plans enable employees to determine what they will be paid.  The writing must include all information necessary to determine how that commission will be both computed and paid. (Id.)  Bonuses are not included in that statute’s writing requirement. (Labor Code § 2751(c).)  However, it is almost always advisable to have those plans in writing.  “[A] specific bonus plan normally becomes binding as a unilateral contract when the employee begins performance, in the sense that the plan cannot be revoked by the employer.” (Neisendorf, supra, at 523.)  Because offers of a bonus can be irrevocable and can constitute earned wages, it is essential to have those terms clearly defined.  This law firm has seen many lawsuits which include claims relating to unwritten bonuses.  Typically, the employee will claim that a bonus is payable on incredibly favorable terms, or the employer will claim that the bonus was contingent on various matters and is therefore not due and owing in any amount.  It is simple to avoid such confusion—ensure that any bonus plan is put in writing.

Once the wage is considered earned, employees cannot waive their right to receipt of an earned wage and any attempt to claim such waiver (even if agreed to by the employee) will be void. (See e.g., Cal. Labor Code §§ 219, 206.5; Reid v. Overland Machined Products (1961) 55 Cal.2d 203, 207.)  Similarly, the employer is not entitled to make most deductions from an earned wage. (See e.g., Labor Code § 221; Davis v. Farmers Ins. Exchange (2016) 245 Cal.App.4th 1302, 1332.)  The terms of the agreement may make identical actions and deductions either legal or illegal.  For example, though deductions and chargebacks from an earned wage are not generally permitted, courts have found that an agreement which identifies advanced wages now but defines wages as only being earned after a cancellation period has been completed is legal. (Steinhebel v. Los Angeles Times Communications, LLC (2005) 126 Cal.App.4th 696, 704 [“As we discuss below, we hold an employer may legally advance commissions to its employees prior to the completion of all conditions for payment and, by agreement, charge back any excess advance over commissions earned against any future advance should the conditions not be satisfied”].)  In either an ordinary deduction or advance with subsequent earning situation, the employee is not receiving commissions for a cancelled sale.  The ultimate pay is essentially the same.  However, one of those situations is illegal and can generate a lawsuit by the employee for return of every deduction, and one of those situation is often legal and will permit the employer to continue its pay practices.

The contract between the employer and employee may also include terms limiting the employee’s right to receive payment to a period where the employee is still employed by the employer.  Absent any writing, it is commonly the case that an employee will be considered to have earned his commission or bonus after having performed a substantial portion of the work to bring in the sale and that he will be entitled to payment of that commission even after his termination.  An employee is entitled to commissions for sales in which the condition precedent (including payment by the customer) occurs post-termination. (See e.g., Zinn v. Ex-Cell-O Corp. (1944) 24 Cal.2d 290, 296 [“Accordingly, an agent selling goods on commission is entitled to a commission on goods sold by him during the continuance of the agency, although the goods were not delivered or paid for, or even where the orders were not received by the principal, until after the termination of the relationship”]; see also Willson v. Turner Resilient Floors, Inc. (1949) 89 Cal.App.2d 589, 595 [“Where the agent is the procuring cause of the transaction which he was authorized to negotiate 'he is entitled to his commission irrespective of the fact that the principal himself, or through others, may have intervened and actually completed the final act of the negotiation’”]; Wise v. Reese Electronics, Inc. (1960) 183 Cal.App.2d 4, 12 [“It is established that if the agency contract contemplates payment of commissions for sales of which the agent was the procuring cause, the agent is entitled to commissions on all sales procured by him although the sales are actually consummated by the principal after the termination of the agency”].)  An employer may escape this litigation only by clear written contractual language that forfeits the employee’s interest post-termination. (See e.g., American Software, Inc. v. Ali (1996) 46 Cal.App.4th 1386.)  Those assumptions are to be contrasted against the clarity of a written plan between the employer and employee.

Indeed, a bonus program may dictate not just whether a payment is ‘earned’ but may also condition payment on the employee remaining employed at the time that the bonus would be paid. (Neisendorf, supra, at 523.)  These clauses are sometimes referred to as ‘forfeiture’ clauses because the employee would forfeit a payment for not meeting the requirement of being employed at the time it would be paid.  These clauses can be upheld, but, as always, there are exceptions and reasons for both the employer and employee to be careful.  Notably, an employee who is wrongfully terminated, or even terminated without cause, may have rights to a pro rata portion of the bonus otherwise earned. (Schachter v. Citigroup, Inc. (2009) 47 Cal.4th 610, 622.)

None of this scratches the surface of complications relating to calculation of commission pay, of the application of one or more exemptions to an employee by reason of such pay, whether commission or bonus payments are appropriately treated as part of an employee’s ‘regular rate of pay’ for overtime or other purposes, or a host of other issues.  As mentioned at the outset—California wage and hour law is complicated.  However, both employers and employees are well served by following two fundamental rules: (1) put their agreements in writing so that everyone can determine what will be ‘earned’ and paid to an employee; and (2) pay an employee everything that has been ‘earned.’